Cadillac looking into even higher performance? 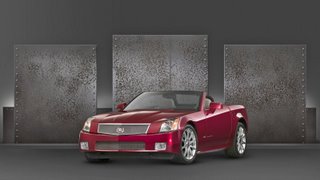 Inside Line is reporting, from an interview with Cadillac product director John Howell, that Cadillac is eyeing a line of performance Cadillacs that would slot in above the V-Series.

With further styling and performance upgrades, these would likely be developed in conjunction with a 3rd party, euro-flavored tuning shop (like Alpina, Brabus, or Dinan).

If such a partnership comes to pass, expect these 'super-V-series' cars to debut by some time in 2007-2008 and to be powered by engines even more impressive than those already used by the V-Series (perhaps this will finally see that GM V-12 from the Cien concept in production).
Inside Line: IL Exclusive: Cadillac Eyes Super Vs and Tuner Vs à la Saleen, Brabus -
Posted by Scott K at 12:35 PM