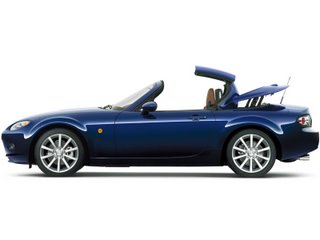 Mazda has officially announced that their new MX-5 (Miata to most of us in the US) will be shown with a new, power retractable hard top at the upcoming British International Motor Show.

This confirms rumors that have been circulating lately that Mazda was working on such a device.

It is likely that this will be an upgrade option and the manual cloth top will remain on lower priced models.

The media day for the BIMS will be Tuesday, July 18, 2006. Expect photos of the hard top around that time.

*UPDATE: Expected cost for the hard top option is around $2000, with about a 75lb weight increase* 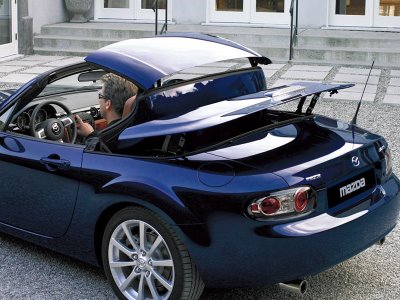