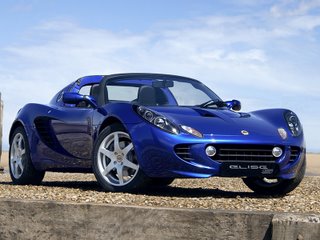 In news that was both exciting and ultimately frustrating for my sports car loving self...Lotus today announced a new model of the Elise, the Elise S.

In place of the previous Elise's 190hp Toyota 1.8l 4-cylinder, the S gets a 134hp version. Before you muscle car fans scoff and lose interest...realize that the Elise weighs less than 2000lbs and this 134hp can push this mid-engine speed machine to 60mph in under 6 seconds.

On top of this, the S comes in about 15% cheaper than the standard Elise.

Okay, now the bad news...currently there is no plan to bring the S to the USA.

Take a trip over to Leftlane News to see a gallery of pics of this new addition: