For some time now, we've been hearing that GM planned to take the Pontiac line in a rear-drive-only direction. 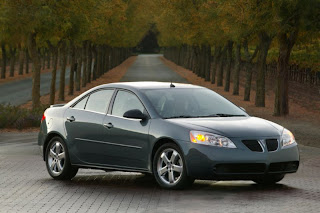 The Solstice, while an example of this, certainly was no proof. Then the Grand Prix replacement went to the Zeta chassis as the G8 it started to look like there might be something to all this talk.

However, it has always bothered me that the G6 could not easily make the transition. It is based on GM's Epsilon global front-drive platform. Even though the 2nd generation Epsilon2 is supposed to have all-wheel drive as an option...all-wheel drive just isn't the same as rear-wheel drive. Especially to enthusiasts. How did GM plan to take a mid-sized sedan to this new rear-drive Pontiac ethic?

Now, word comes that GM is far into development of a new platform...part Kappa, part Zeta...and going by the name 'Alpha'.

This chassis will serve as the basis for both the next generation G6 as well as it's Euro-cousin in the Cadillac lineup, the BLS.

Now that this puzzle piece has fallen into place, we can only hope that we will soon hear rumblings of a Kappa based small sedan/coupe to replace the current Cobalt-clone G5...perhaps with the G4 name.

Ah, a fun time to be a GM fan no matter how you slice it.

Winding Road: GM's Next RWD Platform: Alpha
Posted by Scott K at 11:39 AM