Smiles No More - Mazda walking away from 'Nagare' design language

Despite assurances to the contrary while speaking to Mazda's rep at the Rocky Mountain Driving Experience event - we are hearing today via the UK's AutoExpress site that the new design chief of Mazda (Ikuo Maeda) is conducting a new design contest under the tag line of 'Thrusting Motion' and will debut the resulting new language for Mazda at the Paris auto show next year.


Mr. Maeda is apparently taking inspiration for the brand from Alfa Romeo in that the products will maintain their sporty flair but will also combine this with a premium feel. 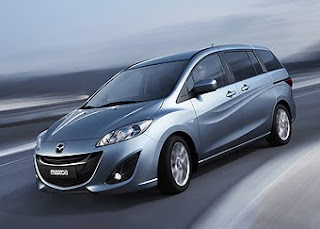 I, for one, have felt that the new design language for Mazda looked much better in concept form than on production products - with the exception of the next Mazda5 - though the avant garde nature of the look was likely a turn-off to some buyers.  I was more a fan of the sleek, muscular look that Mazda's had in the mid 2000's with the original Mazda3.


Nagare was supposed to bring interesting surfacing, but all that ultimately came of it was the giant 'smile' that all Mazda's are sporting now.


We're keeping our fingers crossed for the new language to get back to that sporty, attractive theme quickly.
Posted by Scott K at 9:07 AM