GM Insiders have told Motor Trend to expect that the next generation smallblock V-8, in 5.5l size will show up between the fenders of the C7 Corvette. 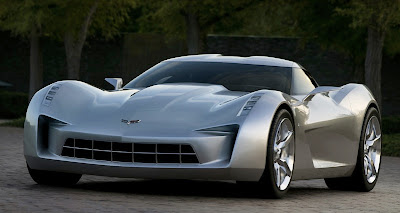 The C7's new engine will maintain its OHV configuration, but will be packing aluminum block and heads and will be the latest engine in GM's stable to have direct injection technology.

This is a bridge car, based largely on the current C6 platform, while GM works feverishly to develop a C8 Corvette for later in the decade that will be smaller, lighter, and able to stay in the lineup without damaging GM's ability to meet increasingly strict mileage requirements.

Some rumors put the C8 as being based, in part, on the upcoming Alpha rear-drive platform currently under development for Cadillac and expected to underpin the next Camaro.  In Corvette guise, the platform would be able to pack a V-8 but might be light enough that a high-power V-6 might see use as a base powertrain (the first time in decades that a 6 has powered a production Corvette).