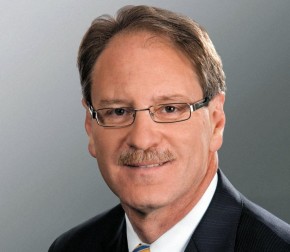 A lot has been said about the tenure of Johan de Nysschen at Cadillac.

Recently, he sat down with Automobile Magazine’s Jamie Kitman to discuss some of what happened over his years in charge of the brand. A few things are unexpected in the they show some things that people blamed him exclusively for were just him implementing decisions that had been made by GM’s corporate heads before he took the job at Cadillac.

For instance - the move of the Cadillac headquarters to NYC? Not his idea. Though he at least saw some benefit in getting the decision-making for the brand out of the GM corporate headquarters in Detroit.

He also feels like he was hitting all the goals he had set for the brand and that his ouster was unexpected, at least by him. This does seem to fit the impression I have that GM’s top management has no idea how to run Cadillac nor the patience to let a plan fully come together - something that has been pretty obvious with all the management shakeups at the brand since they decided to seriously invest in the brand and go hunting the luxury market leaders back in the early 2000’s with the first rear-drive Cadillac sedans.

Additionally, he talks a bit about how GM used to decide where technology would debut across their brands and the work done while he was there to make Cadillac the default for new technologies like electrification. This should show up in the coming years as new/expensive technologies will debut on Cadillacs and cascade down to other brands as the ability to produce those technologies more cheaply allows for them to appear on less expensive models.

* This article was originally published here
Posted by Scott K at 2:21 PM