On July 18, Chevrolet took to the stage to unveil the new C8 Corvette.

If you haven't already heard: 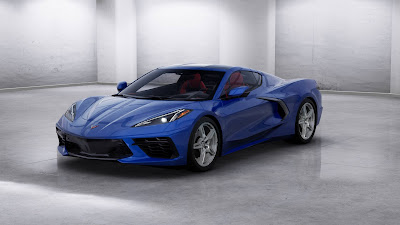 However, only one thing leaves us thinking the new Corvette is anything other than perfect.

Primarily of concern is the 8-speed dual-clutch transmission. That is all that was announced. And, while a dual-clutch with paddle shifters is no-doubt the fastest way around a track, can it truly be a Corvette with no available manual transmission?

It appears that there is room in the new center console for a shift lever to reside, but the designers have decided to put the infotainment jog-wheel in front of that area...meaning a manual transmission would have to lose that part of the interior - which does not feel like a decision they intend to make at this moment.  We may have to wait until a mid-cycle interior redesign if enough potential buyers balk at the lack of 3 pedals and the engagement of self-shifting.

So, what do you think?  Is the Corvette a non-starter without a proper manual?  Should Chevrolet reconsider this decision as soon as they can for that part of the enthusiast community?
Posted by Scott K at 1:01 PM No comments:

See the live reveal in the player below: 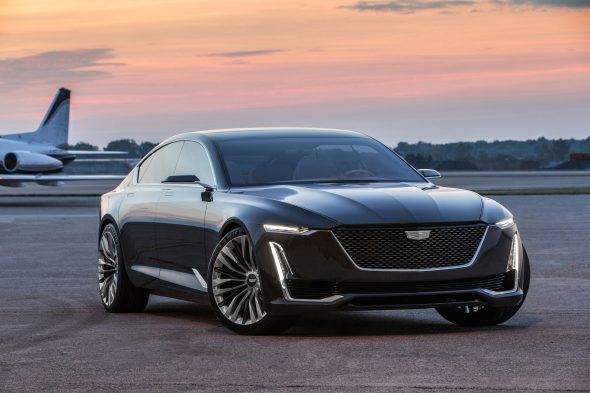 As of March 2018, GM has announced that they will be switching to a quarterly reporting of sales.  Before this, as you can tell from our recent posts, GM reported sales monthly.  This change is GM taking a step away from a long-standing industry tradition.

The reason given was that month to month changes are more volatile and a quarterly report will help even out the variations and give a better view of the company's performance. However, they have always reported a month compared to the same month the year before - which handles most seasonal changes.  But, they are correct that there are differences year to year that don't get adequately explained.  For instance, a month in one year may have a small increase or decrease in selling days - which might impact the numbers.  Of course, this is also true of quarterly numbers.

As likely is that GM worries that they are spending too much time looking at the very short-term and how that may impact decisions they would make (it is hard to experiment with marketing methods or incentives to dealers if you only have 4-ish weeks and a mistake could look very bad for a model or brand or the company).

Additionally, as models launch - this change would allow GM to roll out a new product as it is ready without as much worry about how slow initial sales would be reported in the media. So, while we will attempt to report on sales changes in a relatively timely way - our sales reporting posts might slack off as a result of this change. Despite this change, our report of Cadillac's March 2018 sales will hit soon.  But expect us to also spell out how the entire first quarter looks - since that is how the sales will be reported going forward.

* This article was originally published here
Posted by Scott K at 1:06 PM No comments: 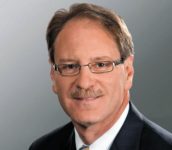 Suddenly, as of yesterday (April 18), former Cadillac head Johan de Nysschen is out. Replacing him for now will be, former head of GM-Canada, Steve Carlisle.

de Nysschen was recruited to run Cadillac after a short stint heading Nissan's Infiniti division where his most significant fingerprints were the change to the confusing Q and QX naming convention. Before this he headed up the VW group's Audi brand in the Americas.

While at Cadillac since 2014, he pushed for a controversial move of the headquarters to New York. He also quashed the positioning of Cadillac's Omega chassis sedan as a flagship. It became the CT6 and plans are in the works for something even better above it. Speaking of CT6, he will be remembered for pushing a new CT and XT naming convention that may be scrapped now that he is gone.

It does seem that GM management never can allow Cadillac to execute a complete vision before getting cold feet and removing the brand's top executive. We will regret not getting to see Johan de Nysschen's vision for the brand fully developed.

* This article was originally published here
Posted by Scott K at 12:45 PM No comments:

The good folks over at C&D have spotted a larger Cadillac crossover undergoing tests in Michigan.

Built off the C1XX chassis (née GM's big unibody Lambda platform) that underpins the Chevrolet Traverse and Buick Enclave.  This means a 3.6l V-6 as the base engine is practically a lock.

A V-Sport model with turbo V-6 power is also something that wouldn't be out of place with a Cadillac badge.

This model is expected to bow within a year and may also be a good indication how committed Cadillac, as a brand, is to the current move to the CT# and XT# naming convention.  Given that the cross-town rivals at Lincoln have rediscovered the value of true names on products (something even Cadillac has been flirting with given recent rumors that a production Escala might see production and keep the Escala name). Along with the recently debuted XT4 - Cadillac sales are sure to surge with this new product in showrooms.

* This article was originally published here
Posted by Scott K at 2:18 PM No comments:

This is the last time for the foreseeable future that we will be able to dissect the sales on a month-by-month basis now that GM has switched to quarterly sales reporting.  But, let's see what March tells us about the state of the Cadillac brand.

Sales are up in both of the brand's largest markets.  US sales were up 12.7% (1633 units) while China saw a massive spike of 45.6% (5638 units).  Only the, still humorously named, 'Rest Of World' saw a drop.  But it's 11.9% fall only equates to a drop in sales of 258. It may change in the coming years as more crossovers hit the Cadillac stable, but for the time being, I think we can safely say that the US is no longer Cadillac's biggest market and may never be again.

Let's take a deeper dive into the home market to see how things are looking. Excluding the discontinued SRX (which somehow still sold a single, leftover on the lot somewhere, unit in March 2018)...all models were up for the month. XT5 is still the run-away sales champ with well over 6000 units sold in the month.  An improvement of 17.2% (908 units). Second best-selling are the variants of the Escalade (total sales between the standard and ESV version) was up 401 units (14%).  It is this strength of the utility segment that is larger than just Cadillac that is driving their feverish pace of developing and launching new crossovers/utilities to increase sales.

On the sedan side, it seems we may have finally gotten through most of the drop in sales and now we are comparing apples-to-apples looking at 2017 vs 2018 numbers.  Top sales in the sedan segment goes to the XTS with 1735 units sold.  This marks an increase from last year of 251 units (16.9%). The other 3 sedans also saw small gains, the represent changes that might have to do with numbers of sales days in the month (28 in March 2018 vs 27 in March 2017).  So, all things being equal you would see sales as flat if the increase was not more than about 3.7%. ATS was up 52 units (3.8%) - so flat. CTS was up by 12 units (2.7%) - also flat to a tiny bit down when adjusted for selling days. CT6 was up 26 units (1.4%) - same as the CTS. We would view that as a positive result only because sales of sedans have been dropping so much for so many months.

Stopping the bleeding is a positive move for the brand.  Given the imminent release of the XT4 to dealers, I would expect sales to move upward significantly more than the results we have been seeing - though sedans will likely stay flat for the foreseeable future.

* This article was originally published here
Posted by Scott K at 2:21 PM No comments: